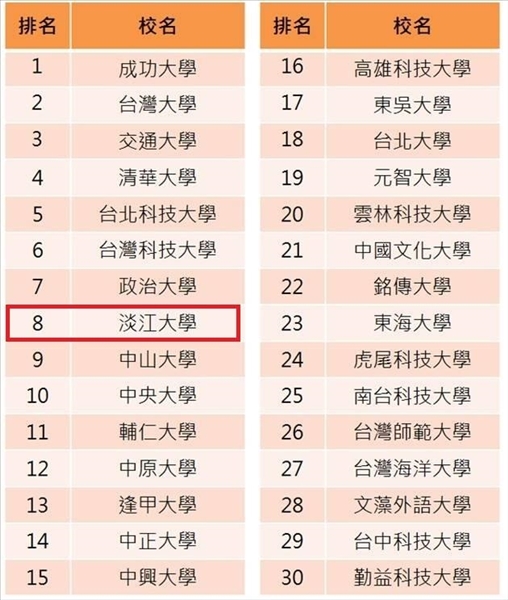 The Cheers study looks at nine major metrics to assess students’ competitiveness in the workplace: professional knowledge and technical skills, international outlook and foreign language proficiency, level of innovation, problem-solving ability, the ability to integrate their skills and knowledge and apply it to their jobs, competence in using digital applications, willingness to learn and overall adaptability, ability to work under pressure, and the ability to work in a team. These are attributes that local enterprises emphasize and are critical factors that determine whether or not a candidate gets the job. The Cheers report further points out that when selecting university graduates, employers place the greatest onus on two main qualities: graduates’ willingness to learn and adaptability (74.7%), and their ability to work under intense pressure (69.2%).

Tamkang University has ranked first among private Taiwanese universities for 22 consecutive years, even outperforming many national universities. This shows that Tamkang University not only gives students a strong knowledge-based foundation, with its focus on internationalization as well as information and future-oriented education, but also helps students develop their character and personal strengths through its notion of ‘eight essential qualities’. The President of Tamkang University, Dr. Huan-Chao Keh, noted that Tamkang University embeds its educational philosophy into the curriculum, starting from the freshman year. This is why it is able to create students who show a willingness to learn and high adaptability. 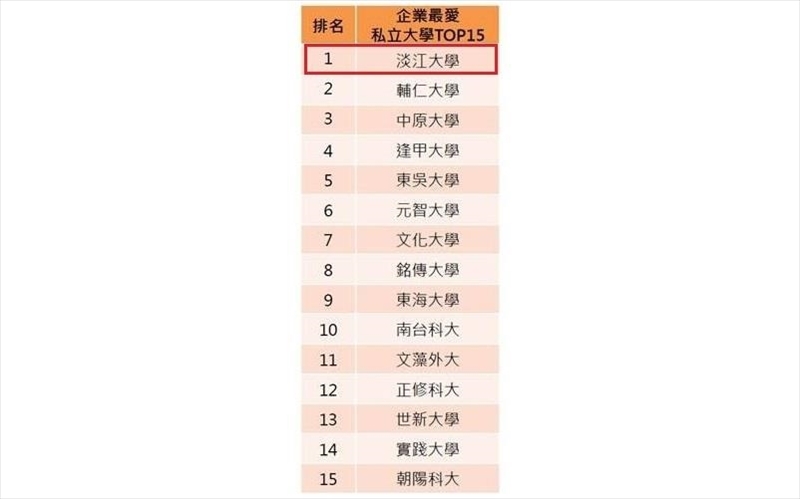 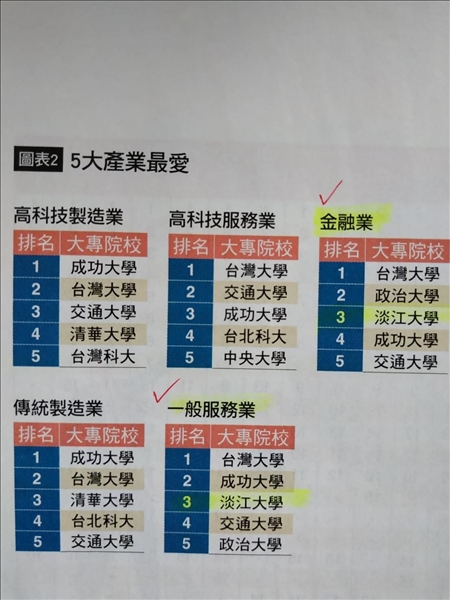 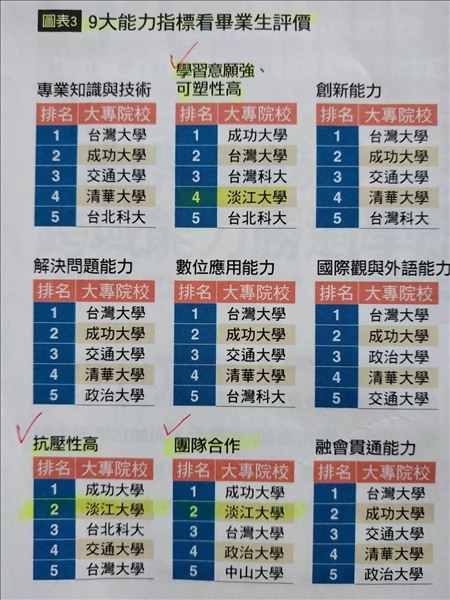 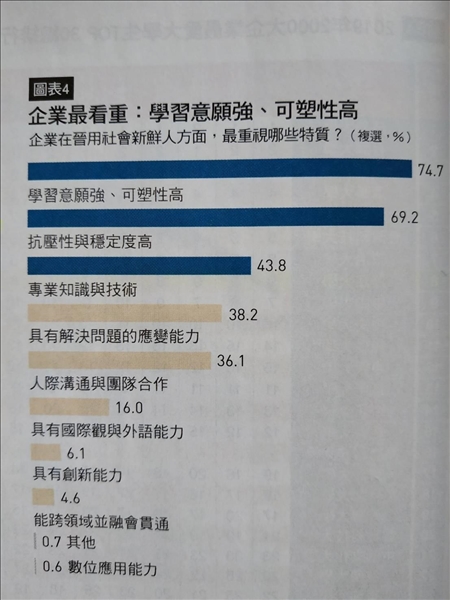