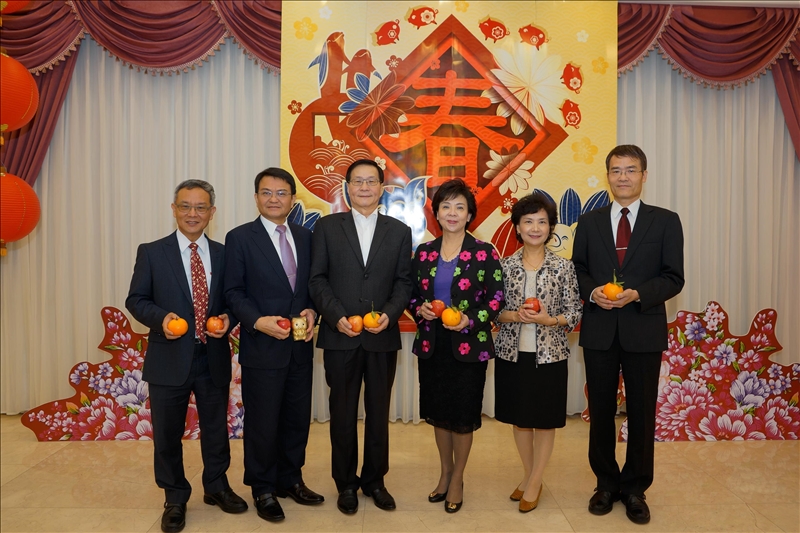 On Feb 15, TKU faculty and staff returned to work following the winter holidays. To celebrate the start of the new semester and the lunar year, they attended the 2019 New Year’s Kick Off Luncheon, which was held simultaneously at the Tamsui Campus, the Taipei Campus, and the Lanyang Campus, with each event connected via webcam. Over 100 managers and staff from TKU administrative units crowded into the three campus venues, the tables decorated with fortuitous fruits such as apples, which represent peace and safety, mandarins, which symbolize auspiciousness, and dates, which suggest perennial good luck.

To begin the event, the General Secretary of Tamkang University, Dr. Andy Liou, delivered an opening address, wishing all attendees prosperity and good fortune in the Year of the Pig. This was followed by remarks from the President of Tamkang University, Dr. Huan-Chao Keh, who wished everyone a Happy New Year and announced the latest results of the prestigious “Employers’ Favorite Graduates” survey, carried out by Cheers Magazine, in which Tamkang University ranked 1st among all private Taiwanese universities for the 22nd consecutive year. President Keh expressed his hope that such results would spur even higher student enrollment numbers in the upcoming admissions phase. 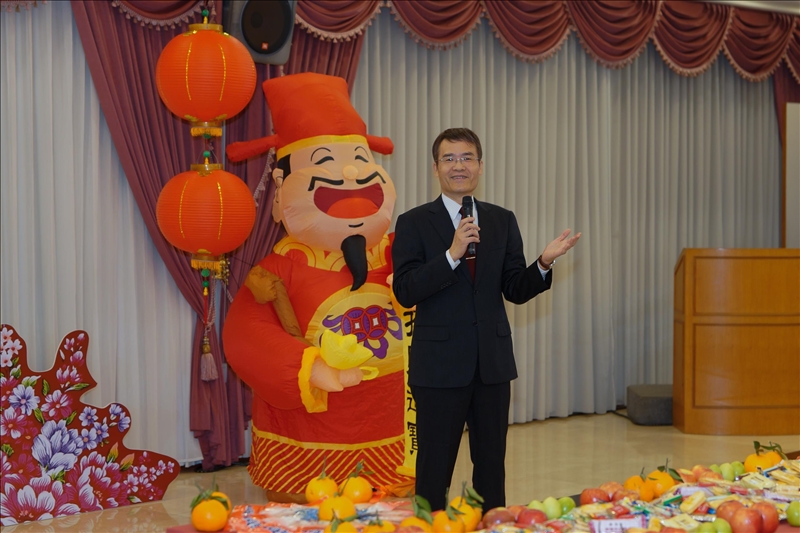 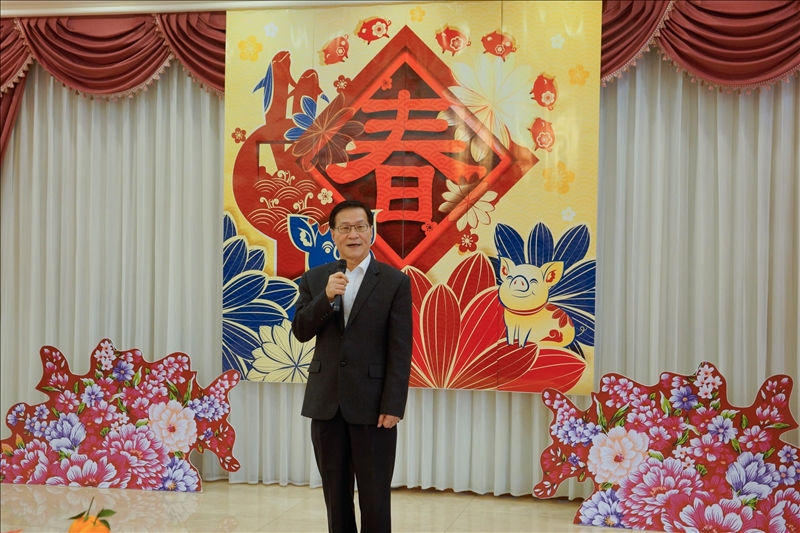 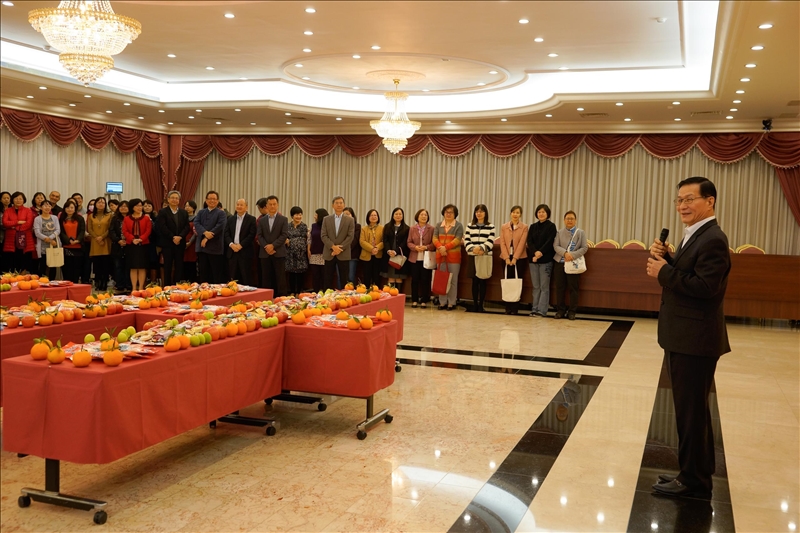 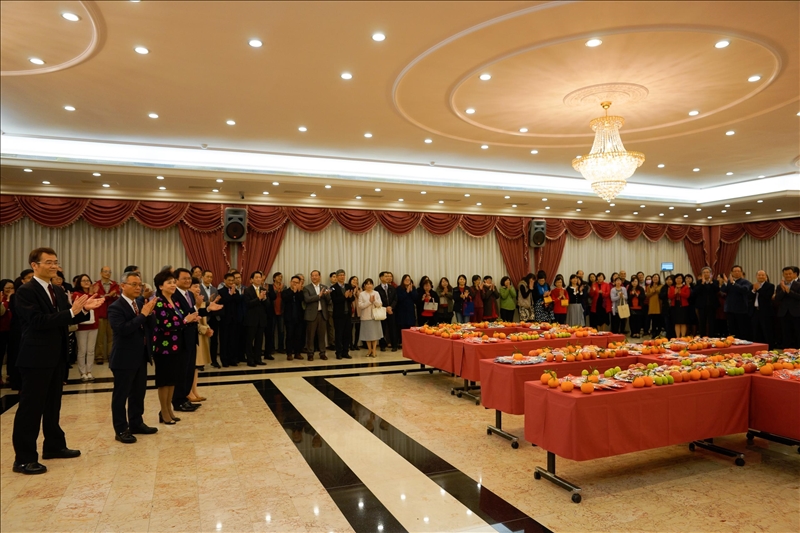 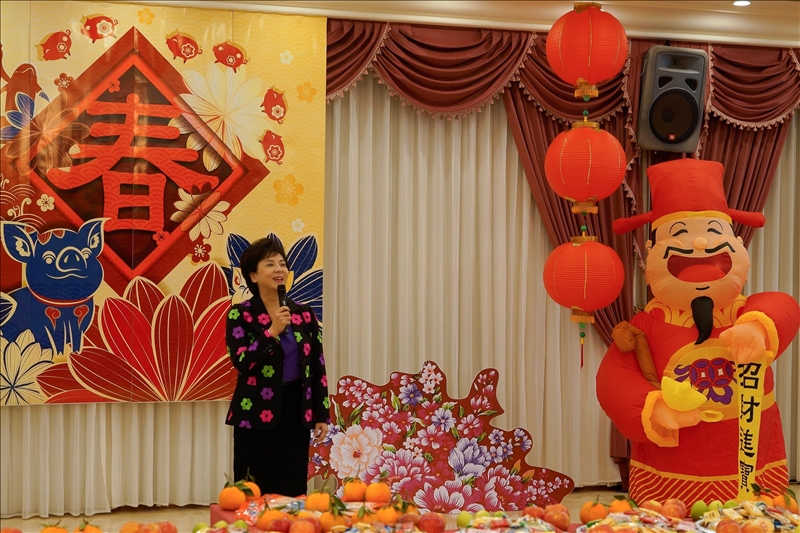 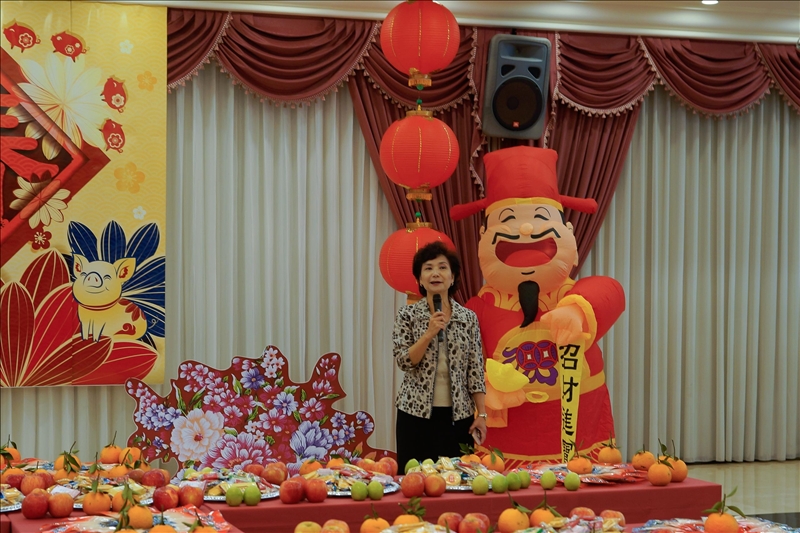 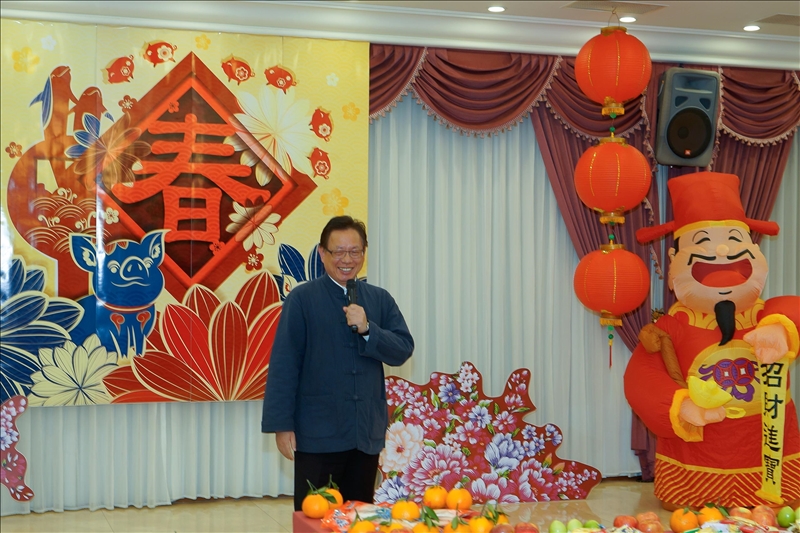 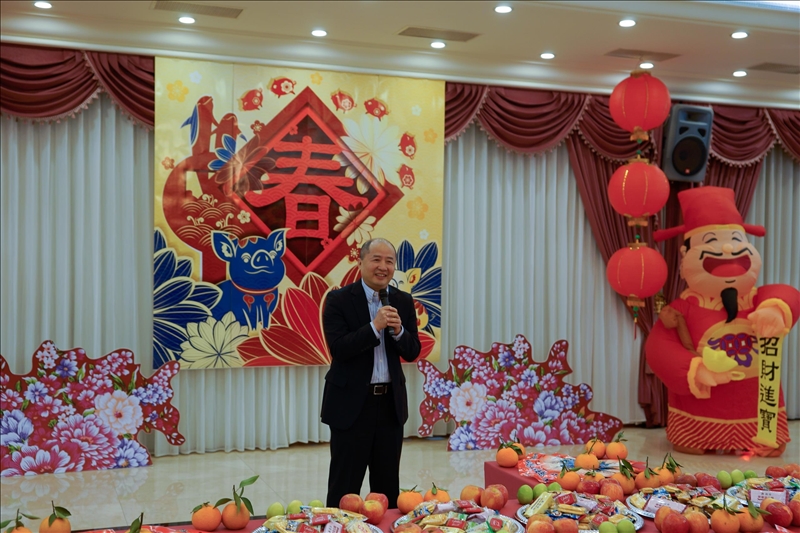 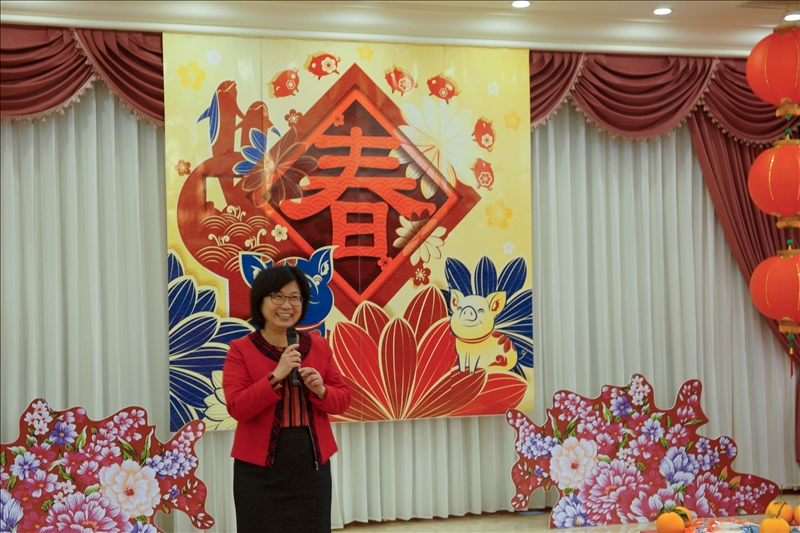 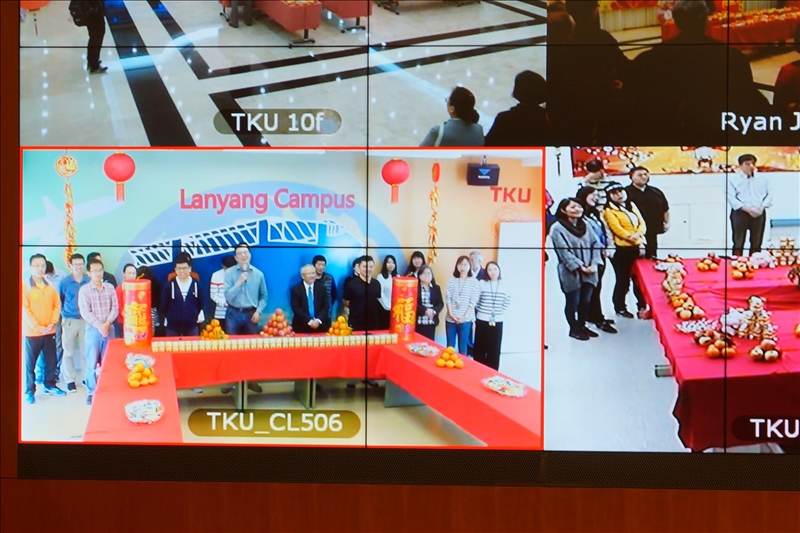 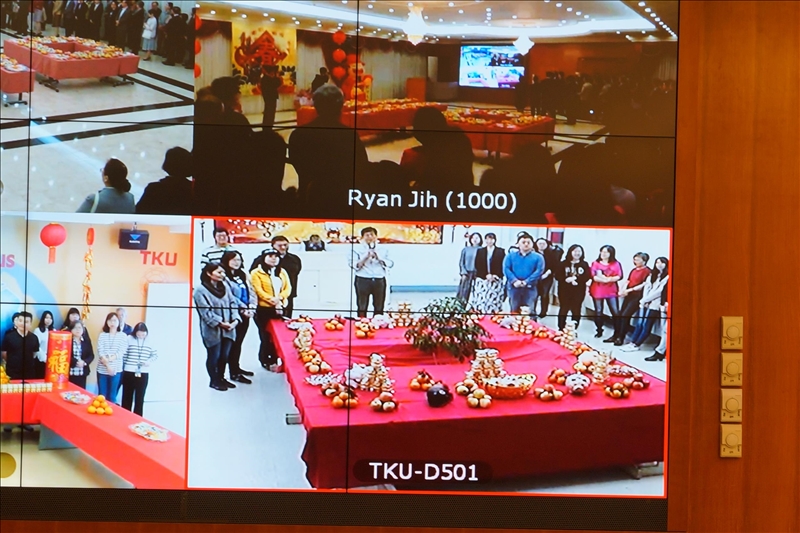 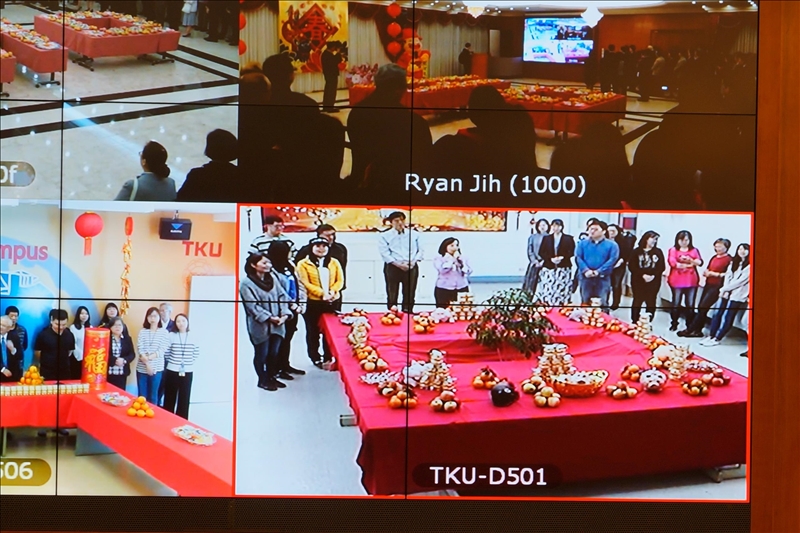 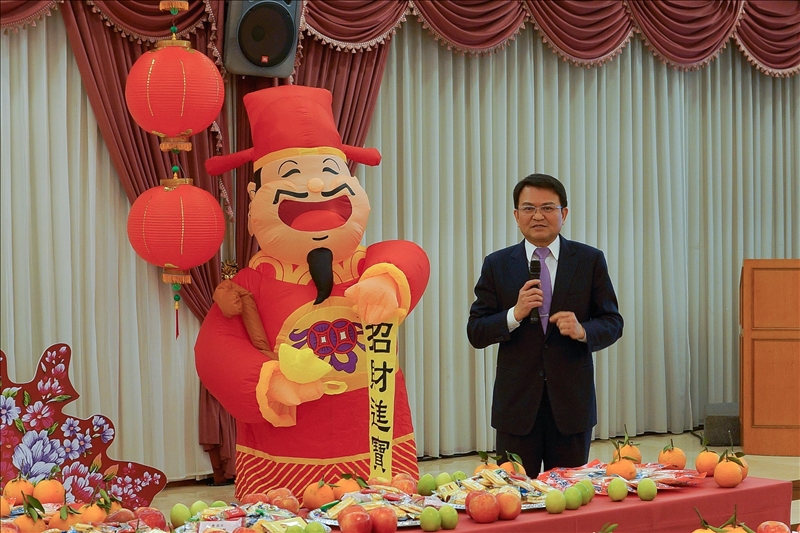 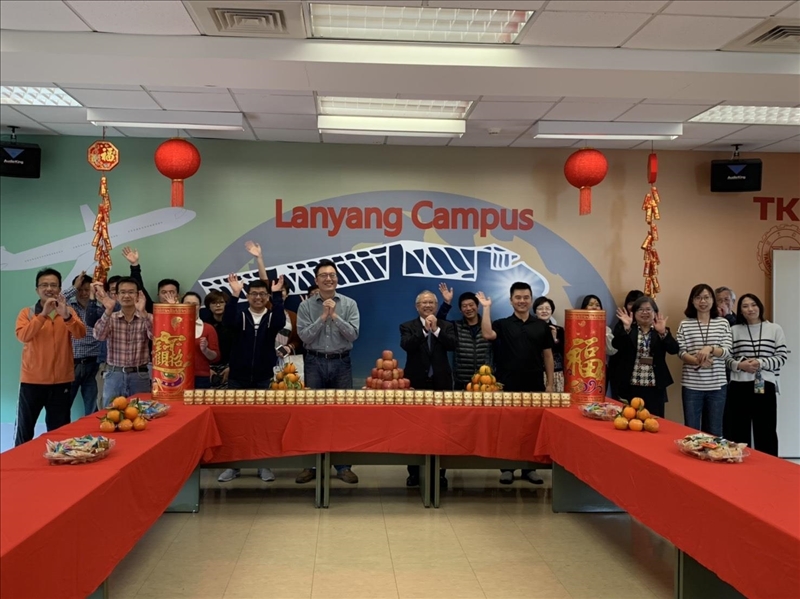 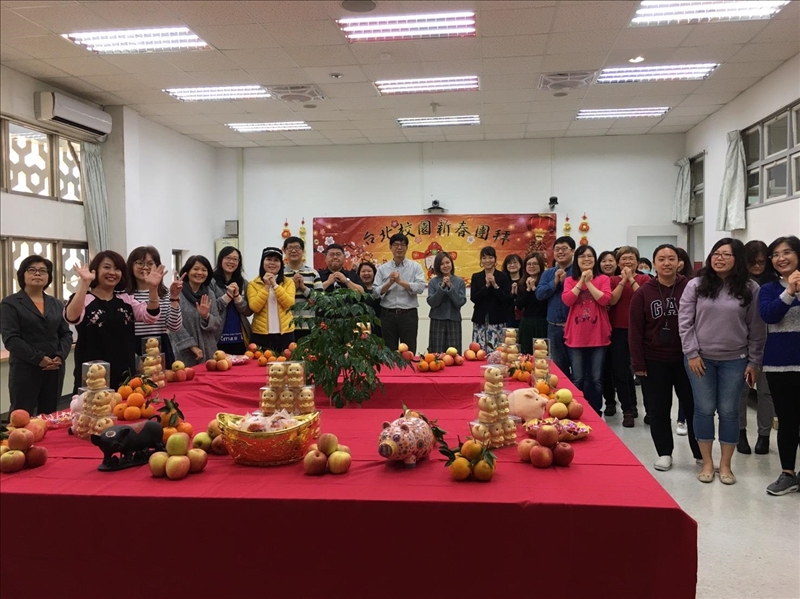