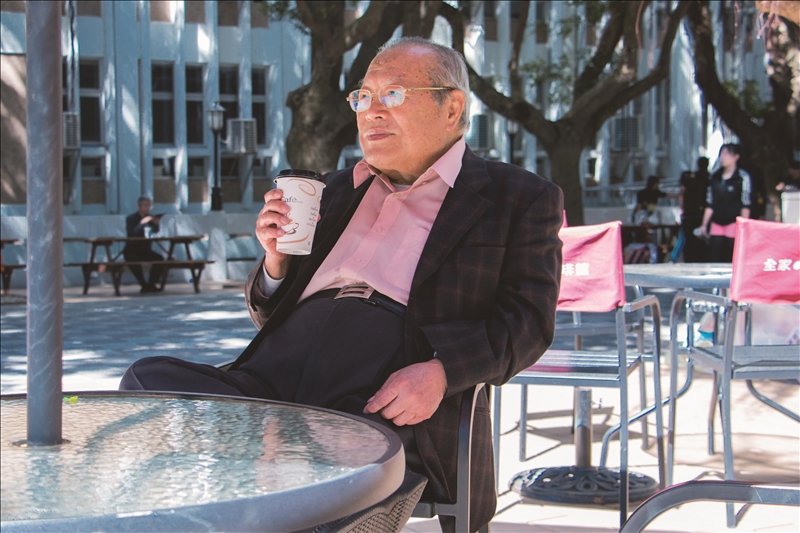 Dr. Javier Yea-Hong Chen, former President of Tamkang and Honorary Professor of the Department of Western Languages, who won the 2nd Tamkang Elite Golden Eagle Award, passed away on March 13th and lived at the age of 88. The University is grateful for his outstanding contribution to Tamkang and has specially set up a funeral committee to assist in handling funeral matters. The funeral will be held at 2 pm on March 26th on the 1st Floor of Jing Yang Building, Zhen Hall No. 2, Mortuary Services Office Second Funeral Parlor.

The Former President Dr. Chen obtained his doctoral degree in Law from the University of Madrid, Spain, specializing in Spanish, international law, and Latin American studies. He was one of the first Taiwanese scholars to study in Spain. After returning to Taiwan in 1971, he taught in Tamkang and contributed his teachings for more than 50 years. He once served in the Department of Spanish as the Director, Dean of Studies, Dean of the Faculty of Liberal Arts, and Director of Central and South American Studies of the Regional Research Center. He promoted the practicability of the Western Language Department and provided students with a learning direction for employment; paved the way for students and established the Latin American Research Institute to study the culture and society of various countries, granted students with more confidence when they were appointed to the local area. This move made the graduates of the Spanish and Latin American Institute dominate the diplomatic circle of Central and South America. When he was the Dean of the Faculty of Arts, he also dominated the first National Civil Service Class A Special Diplomacy Examination. However, with his ambitions in teaching, he chose to continue to stay in Tamkang to train talents and gave up the opportunity to register and even serving as ambassadors abroad.

From 1986 to 1989, Dr. Javier Yea-Hong Chen was the sixth president of Tamkang. He inherited the founder, Dr. Clement C. P. Chang’s philosophy and completed a significant amount of constructions, including replacing old information teaching equipment with new ones, maintaining teaching quality, and preparing for the establishment of the following: "Campus Information Network" to improve teaching, research and administration operational efficiency, strengthening the academic cooperation and international exchanges with partnered and affiliated institutions, enhancing the academic level and international status of the university, strengthening the research and publication of teachers, encouraging participation in international conferences, and training and educating administrative staff on information skills, etc., which lay the foundation for continuous improvement of Tamkang University.