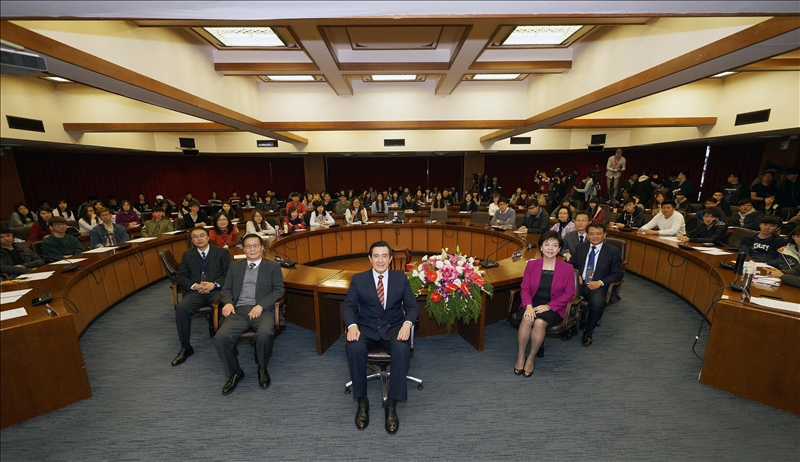 On the afternoon of March 16, the former President of Taiwan, Ma Ying-Jeou, arrived at the Tamkang University Tamsui Campus to deliver a keynote speech. He was invited by two separate TKU departments, the Department of French and the Department of Public Administration, in a collaborative effort designed to promote a more holistic, cross-disciplinary form of education.

Former President Ma's keynote speech addressed the topic ‘Taiwan's Evolution: A New Role in International Society’. The speech was held at the Ching-Sheng International Conference Hall, which was filled to capacity with attendees, including the President of Tamkang University, Dr. Flora Chia-I Chang, who opened the event with a welcome speech.

President Chang noted that former president Ma is the same age as TKU. She stated that he cares deeply about the status of higher education in Taiwan, pointing to his regular attendance at university president forums each year, and his earnest desire to solve problems related to education.

The keynote speech delivered by the former Taiwanese president touched on various themes, and was an insightful analysis of Taiwan's evolving role in international society. In the lively question and answer segment that followed, Ma answered several students' questions on a wide range of topics. 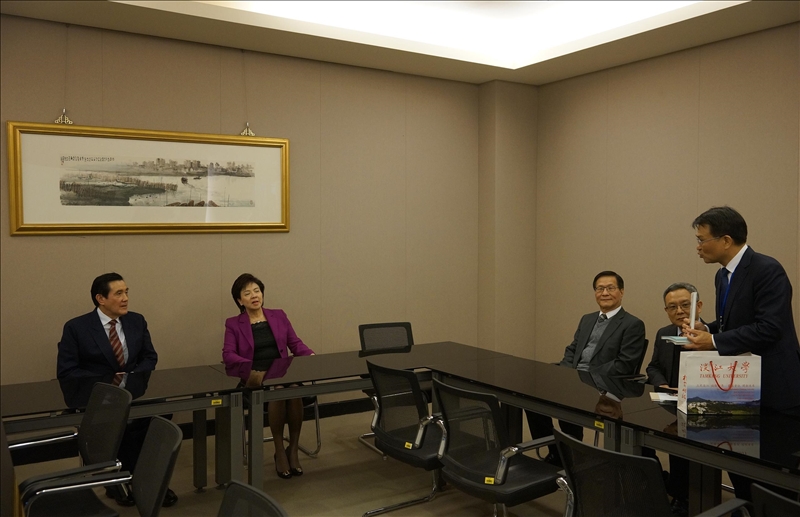 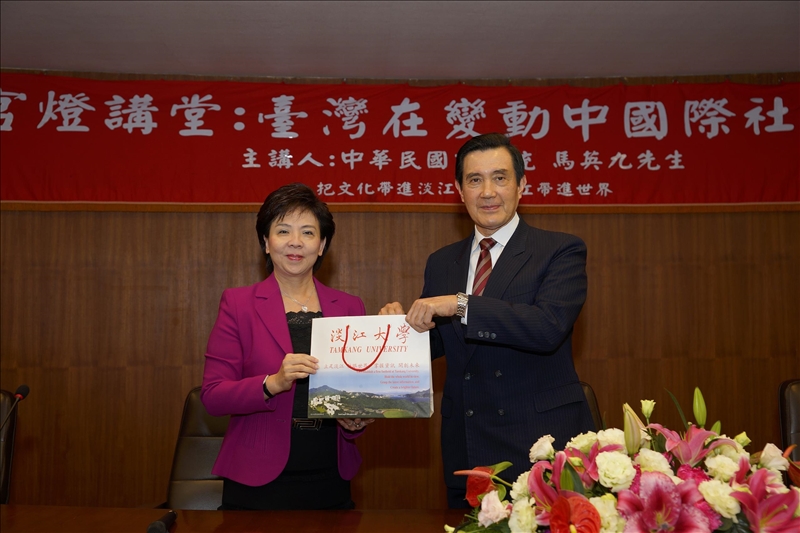 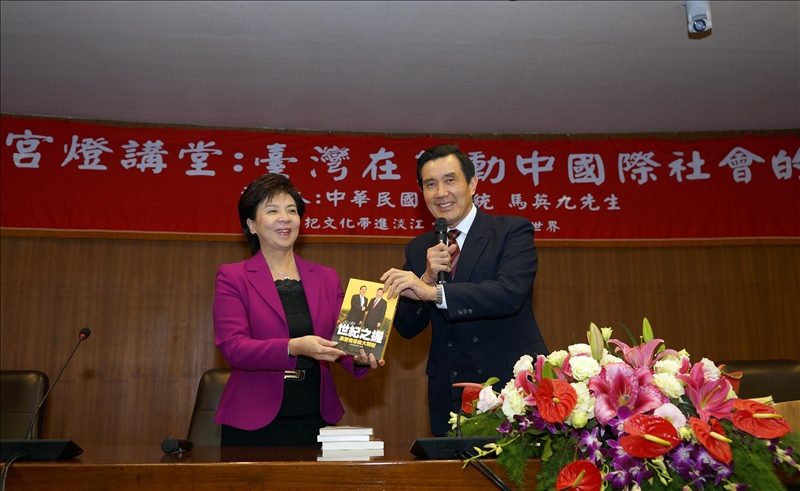 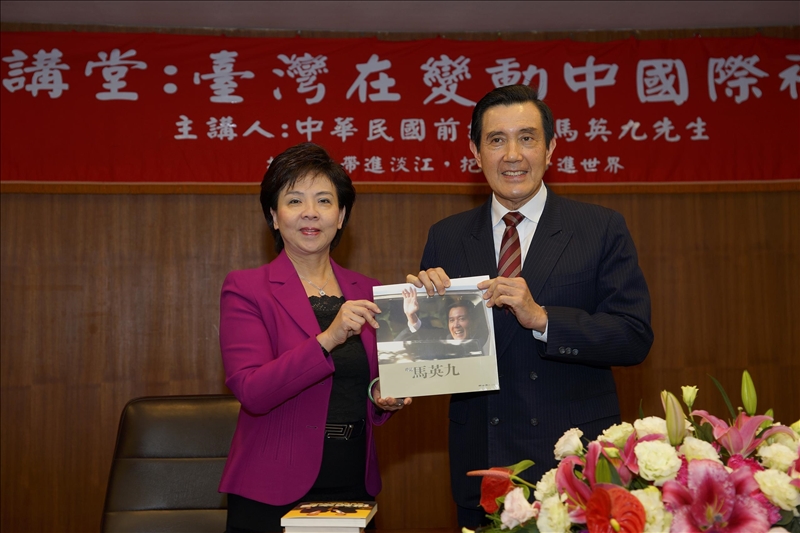 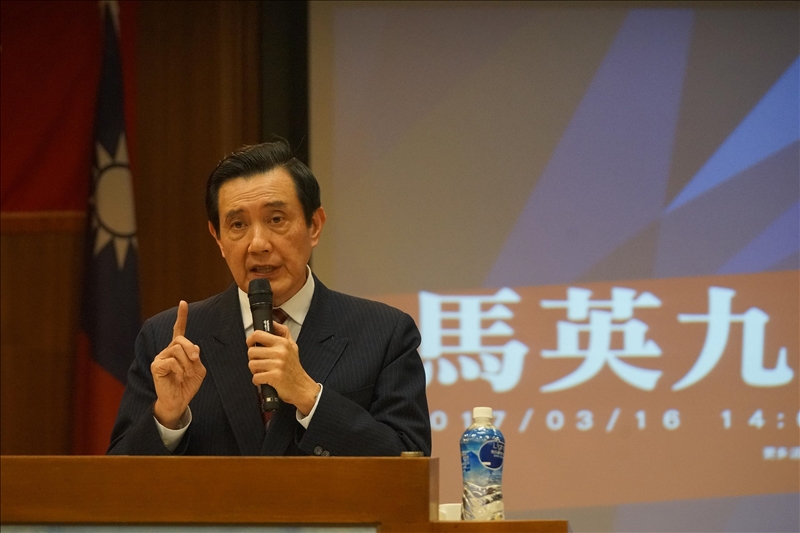 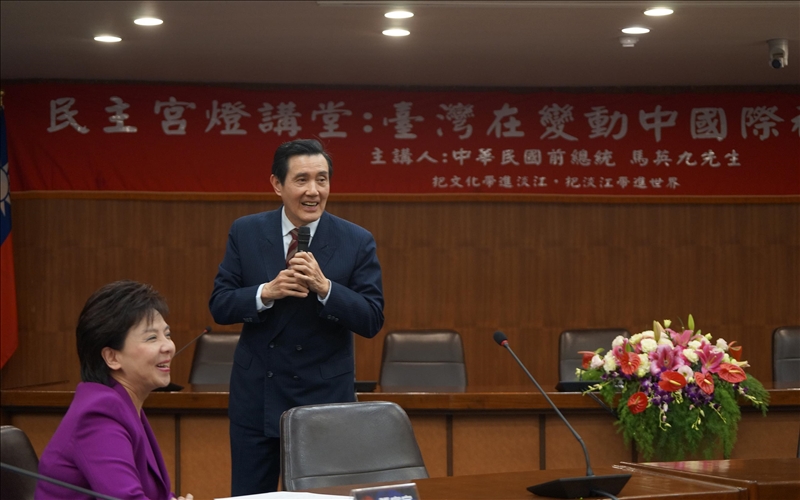 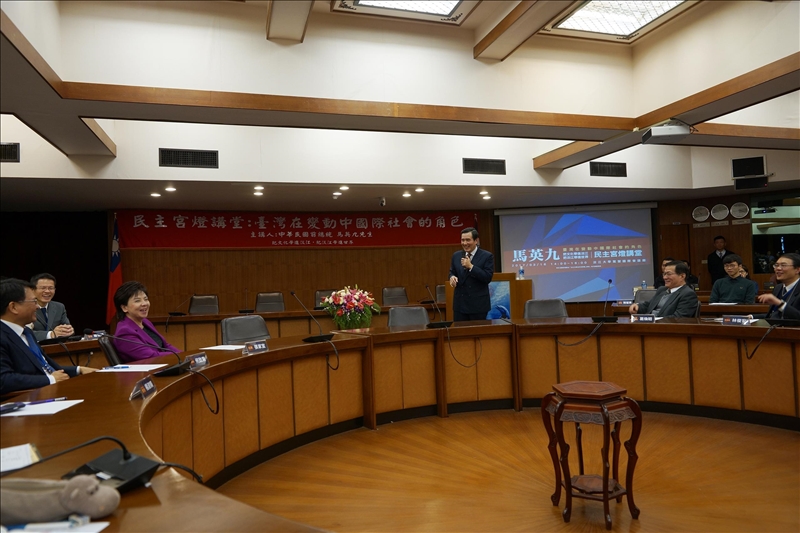 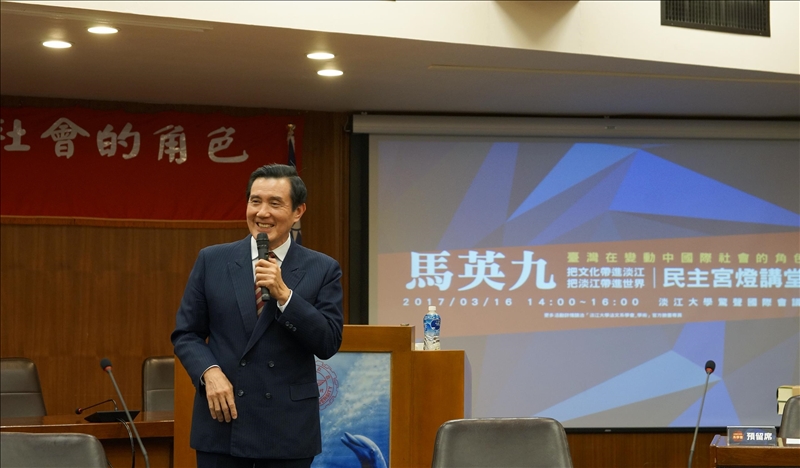 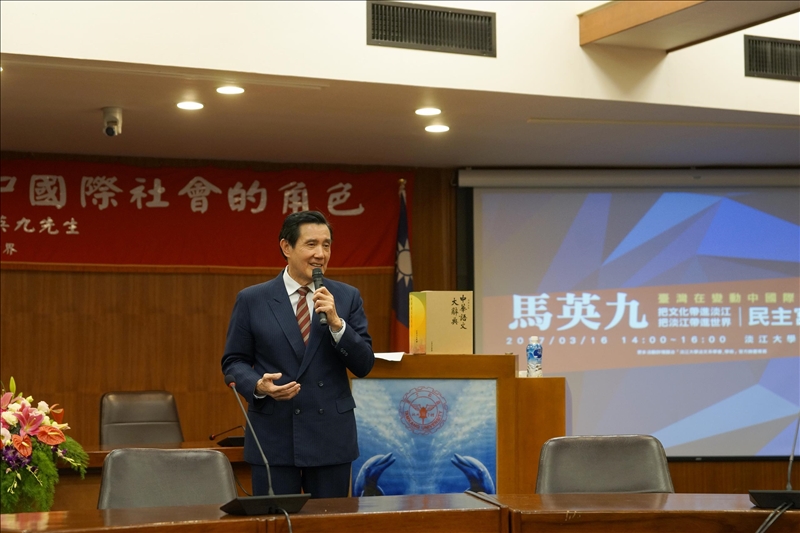 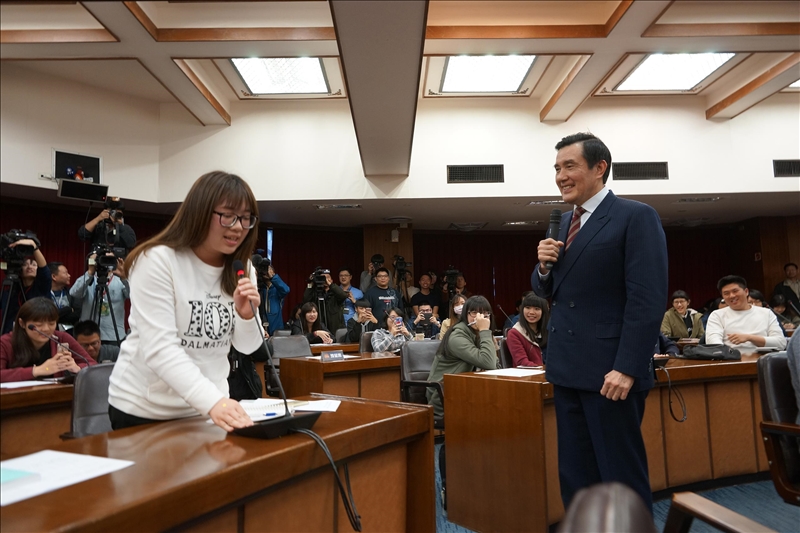 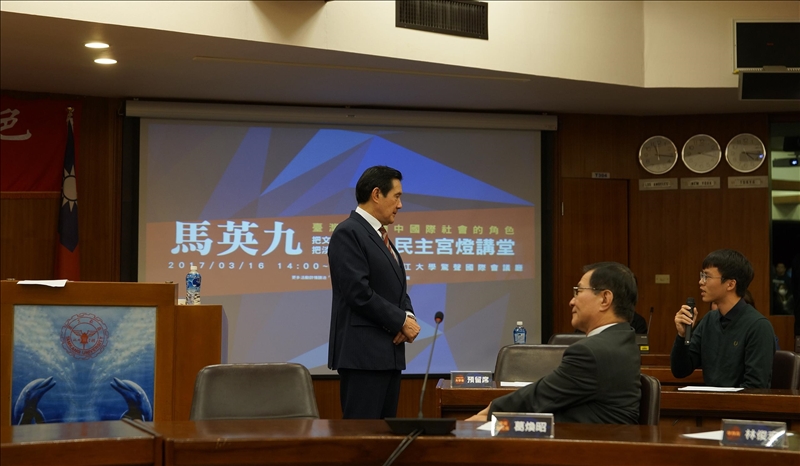 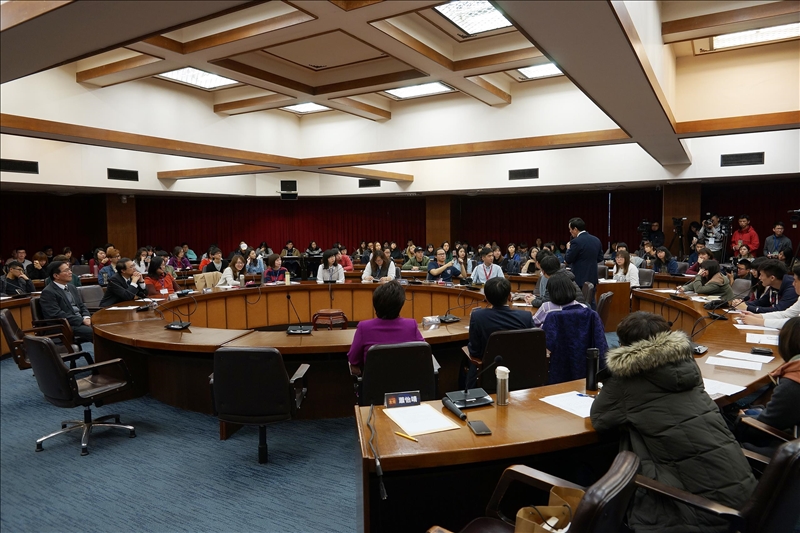 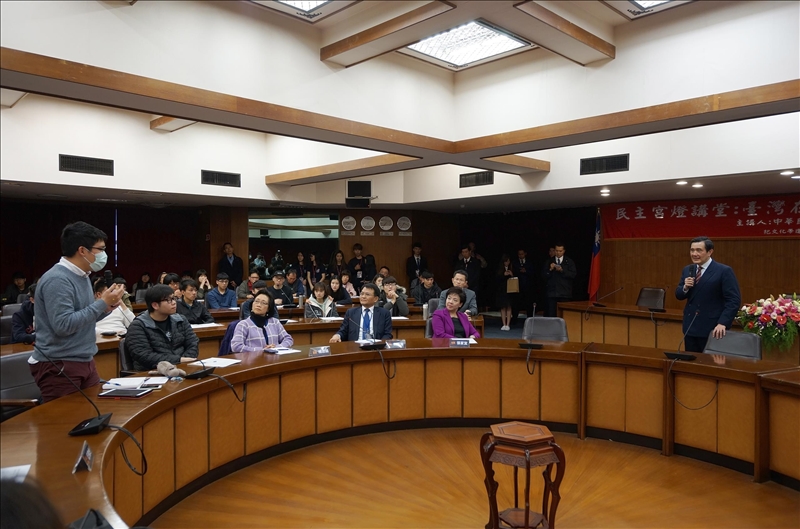 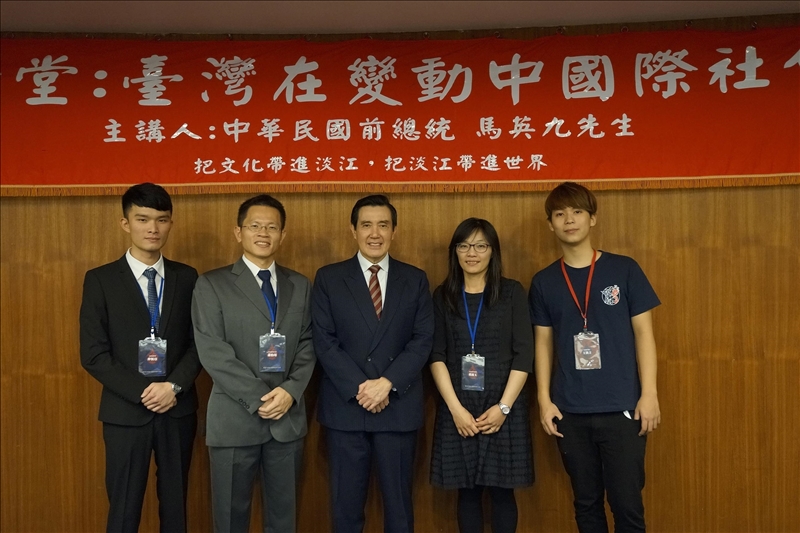 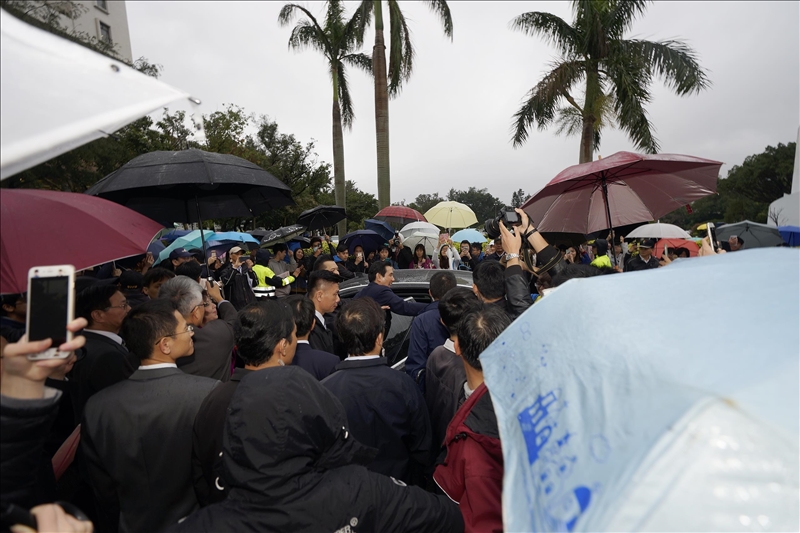