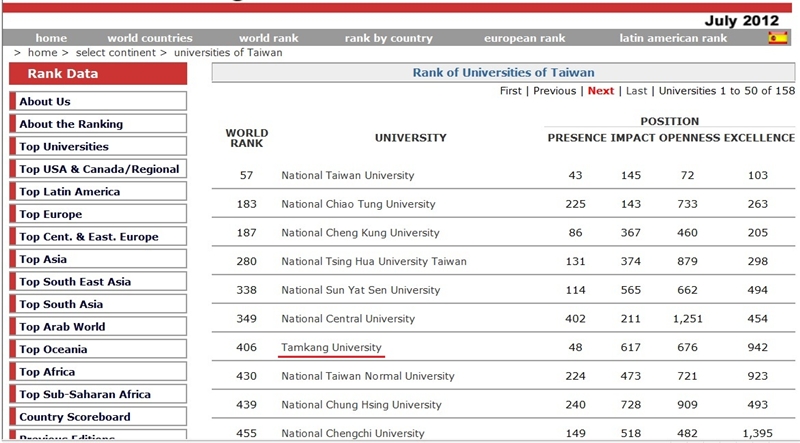 According to statistics released July 30, 2012, out of 20,000 universities worldwide, Tamkang University is ranked 406. This result sees Tamkang become the only Taiwanese private university placed in the top 500.

In this recent attempt to rank the world's universities, Webometrics applied a different set of evaluative standards to those used in previous research. Areas of assessment changed from "size, visibility, rich files, and scholarly articles" to "presence, impact, openness, and excellence". 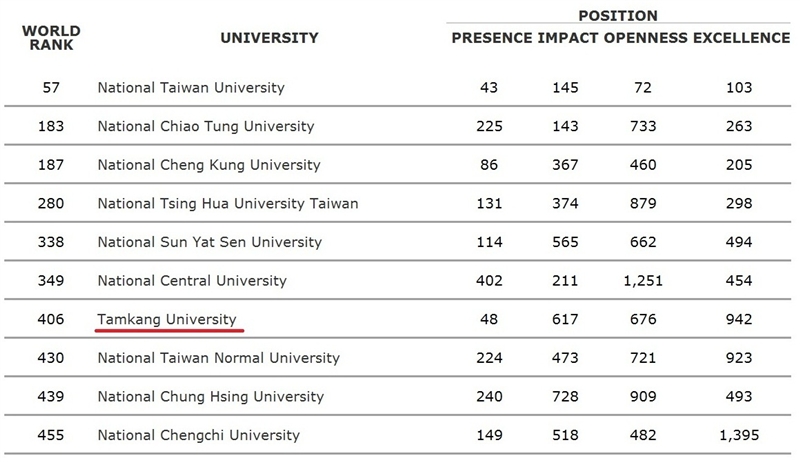 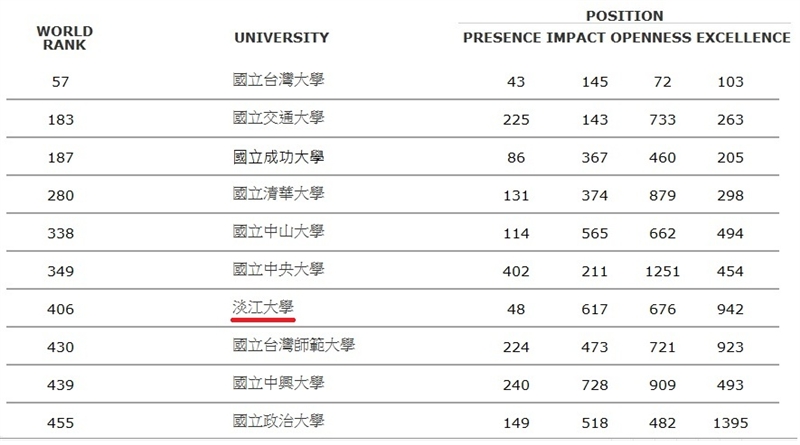