TKU Ranks Number One Among Private Universities in Taiwan 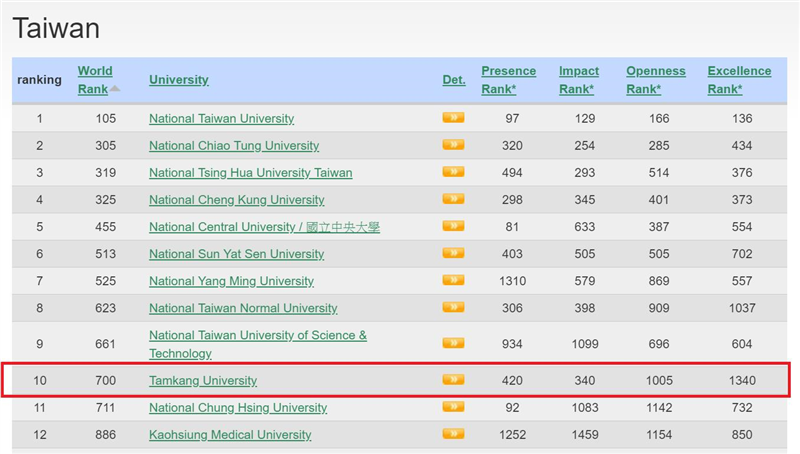 The rankings are formulated based on a university’s strength in the following four metrics: presence, impact, openness, and excellence; for which Tamkang University ranked 420, 340, 1005, and 1340 respectively. It ranked highest in the ‘impact’ metric, placing fourth out of all Taiwanese universities, followed next by the ‘presence impact, for which it claimed 9th spot among the top ten Taiwanese universities. 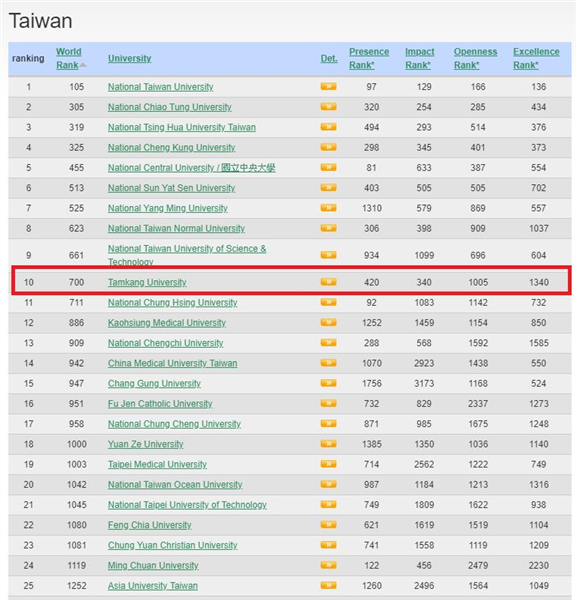