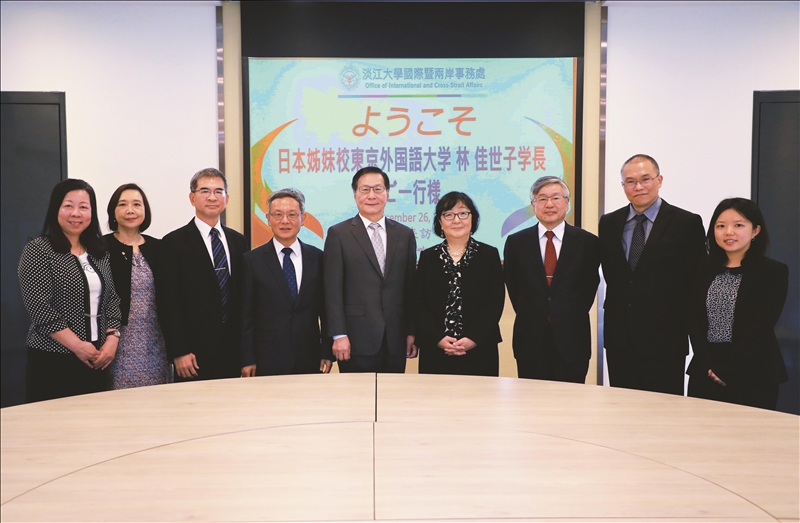 Tamkang University received a delegation from the Tokyo University of Foreign Studies (TUFS) on Dec 26. The delegation visited the TKU Tamsui Campus and consisted of three members, including the President of TUFS, Ms. Hayashi Kayoko, and the Vice President for Education, Mr. Akio IMAI. The group was greeted by the Dean of the Office of International and Cross-Strait Affairs (OICSA), Dr. Lucia Chen, as well as several staff members from the OICSA. During the visit the guests attended a forum hosted by the President of Tamkang University, Dr. Huan-Chao Keh, which allowed for a flow of ideas and opinions on exchange and collaboration between the two universities. President Keh first thanked the delegates for their warm reception and hospitality during the TKU visit to TUFS in July of this year.

“After becoming sister universities in 2012,” President Keh commented, “The two universities have maintained close interaction in terms of both faculty and student exchange. We hope to further strengthen the scope of exchange and collaboration.” Meanwhile, President Kayoko of TUFS noted that this was her third visit to Tamkang University, remarking: “Every time I visit I notice new changes to the campus. This is certainly something we could learn from and improve on at our university.”