The Release of the 70th Anniversary Celebration LOGO 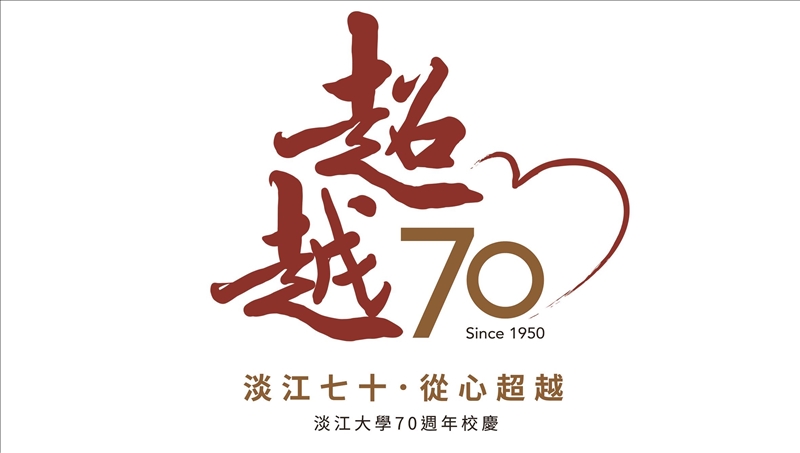 This year marks the 70th anniversary of the establishment of Tamkang University and various celebrations will be held throughout the campus. The Office of the Secretariat released the 70th Anniversary Logo on April 10th, with two backgrounds; black and white, and placed them on the "Campus Material Library" under the category of the 70th Anniversary LOGO project so all units in school-related activities or publicity products may access them when needed.

This LOGO was designed by professionals that based its theme on “Transcendence,” the handwriting of Dr. Ben-hang Zhang, the Director of Carrie Chang Fine Arts Center. The simple and modern designed number "70" was integrated and 1950 represents the University’s founding year. Through the color combination of gold and red, the 70th anniversary of Tamkang University was brought out to represent a new image of the dedication to transcend the past from our hearts and create a bright and innovative future.

The Secretary-General Dr. Ay-Hwa Andy Liou explained that they were able to invite professional teachers and staff members from the Carrie Chang Fine Arts Center, Office of Student Affairs, Department of Mass Communication, Department of Information and Communication, Extracurricular Activities Guidance Section and the Digital Design Section to participate in the discussion and brainstorming of the LOGO design. "The heart behind the calligraphy represents a dynamic and the feeling to jump and excel which symbolizes the meaning of transcendence." The Secretary-General welcomes all the units of the school to download and utilize the logo actively on seminar related documents, publications, T-shirts, envelopes, mugs, souvenirs, and other commemorative items related to the 70th anniversary.